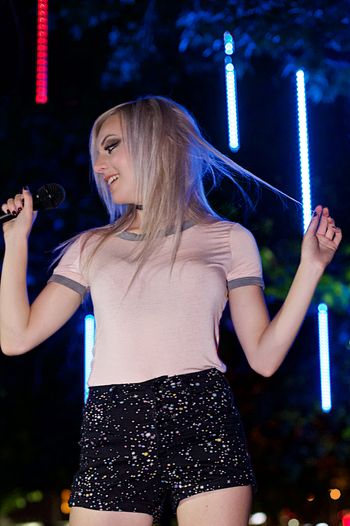 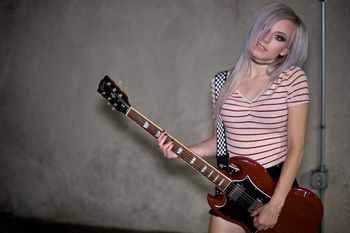 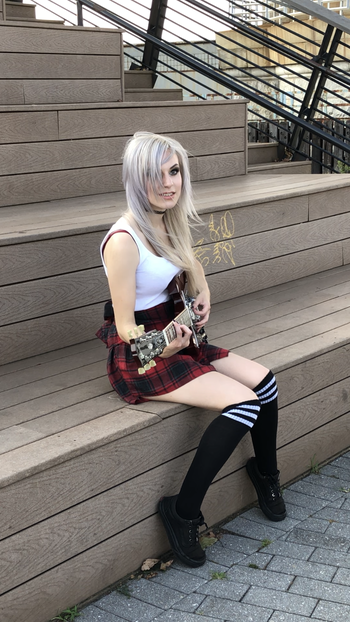 Dani Skylar’s story begins in the quiet rural Jersey town called Lumberton, where she was raised in the same house for her whole life, alongside her younger sister and brother. It’s easy to say that Dani’s fascination with lyrics started at a young age. When she was only three, Dani was already singing and performing, memorizing Britney Spears’ lyrics and setting up karaoke concerts at family parties in her living room. She wasn’t only interested in music and at 8 years old, she discovered a passion and natural talent for figure skating. This skill became a serious professional undertaking, and Dani won competitions and traveled across the country to perform.

When Dani was 10, she began musical theater workshops at Philadelphia’s Walnut Street Theater as well as acting workshops for Film/TV from accredited Nickelodeon and Disney acting coaches in NYC. She was involved in many different productions from starring in school musicals as well as acting in NYC theater.

It was around this time that Dani wrote her very first song, inspired by a diary entry about a middle school  crush. Journaling was the way that Dani accessed her songs. She found her prose naturally falling into rhythms and rhymes. Soon,  melodies started appearing simultaneously with her thoughts and emotions collected from the day became songs that she only remembered in her head.

When Dani began singing lessons and started learning how to play guitar, it was the first time her songs became tangible art. She attended a nearby School of Rock and found herself in the midst of classic rock, punk, and indie music, as well as the front-woman for her very first band. Inspired by these musical genres, Dani discovered emo pop punk, and it  became the soundtrack for her life. It was a sound that seemed to understand her better than she understood herself. She grew up and flourished in the local skate culture, attending Warped Tour every year and falling in love with bands like New Found Glory, My Chemical Romance, Bowling for Soup, As It Is, and later bands such as Neck Deep. Inspired by her culture, songwriting became all Dani ever thought about and wanted to do. Anywhere and anytime, whether in class,  on a Friday night in her bedroom, or in her friend’s garage, Dani could be found writing lyrics in her notebook. Songwriting became her most crucial outlet especially during her troubling teenage years, which was a time of wanting to belong, struggling to fit in, find her place, and just beginning on the journey of finding herself.

As Dani came into her own, she realized her passion for topics such as mental health, bullying, LGBTQ, domestic violence and feminism. She discovered that she was gender fluid (she/they pronouns) and pansexual. As a warrior against bullying, depression, anxiety, and  mood disorders, Dani plans to create a community through her music that’s safe, accepting and understanding of and for everyone. Her songs are inclusive and provide with great detail what it like is growing up with these issues and messages of hope and strength. As a emo pop punk female singer songwriter in a male-dominated genre, Dani understands the importance of advocating for feminism, and this idea has further inspired her to keep being herself no matter the opinions of others and to prove that gender has no boundaries.

Dani’s current project is writing and producing her debut album “Dear Diary,” which she describes as, “a collection of all those very first lessons you begin to learn when you are just starting to find yourself.” Her songs feature everything from sassy to sweet, high school heartbreaks to romantic novelty and upbeat guitar octaves to emo ballads with strings.  Dani doesn’t shy away from being confessional on topics of love, mental health, and hope. Inspired by her musical heroes but pulling from her own life, her unique sound features a feminine perspective, sitting perfectly between pop music and emo pop punk. These eleven carefully crafted songs tell the stories that could be taken straight out of every teenage girl’s diary page.

Look out for Dani this upcoming summer 2020 for performances leading up to her “Dear Diary” album release.